Hi there, today I am going to talking about wordpress development. So Do you know, what is WordPress? And I hope you know that WordPress is a tool that can build a website very easily. Now I will be talking about the website with WordPress. Actually, wordpress is a CMS. CMS means Content Management System. ok, first of all, we need to know about wordpress history.

according to Wikipedia, is a free and open-source content management system (CMS) written in PHP and paired with a MySQL or MariaDB database. On May 27, 2003, initially released wordpress first version. The wordpress foundation has developed in this system.

B2/CAFELOG, more commonly known as B2 or CAFELOG, was the precursor to WordPress. B2/CAFELOG was estimated to have been installed on approximately 2,000 blogs as of May 2003. It was written in PHP for use with MySQL by Michel Valdrighi, who is now a contributing developer to WordPress. Although WordPress is the official successor, another project, b2evolution, is also in active development.

In wordpress, you can make so many different websites. First-time wordpress use for the only blogging. But now in this time, wordpress can make every type of website. We can say like,
Blogging

And now in this time we can design any types of website in wordpress. basically wordpress has major two-part. One is the theme and another one is the plugin. Without a theme, you can’t run your website on WordPress.

Now you need to know what is theme actually? WordPress users may install and switch among different themes. Themes allow users to change the look and functionality of a WordPress website without altering the core code or site content. Every WordPress website requires at least one theme to be present and every theme should be designed using WordPress standards with structured PHP, valid HTML (HyperText Markup Language), and Cascading Style Sheets (CSS). Themes may be directly installed using the WordPress “Appearance” administration tool in the dashboard, or theme folders may be copied directly into the themes directory, for example via FTP. The PHP, HTML and CSS found in themes can be directly modified to alter theme behaviour, or a theme can be a “child” theme that inherits settings from another theme and selectively overrides features. WordPress themes are generally classified into two categories: free and premium. Many free themes are listed in the WordPress theme directory (also known as the repository), and premium themes are available for purchase from marketplaces and individual WordPress developers. WordPress users may also create and develop their own custom themes. The free theme Underscores created by the WordPress developers has become a popular basis for new themes.

WordPress’ plugin architecture allows users to extend the features and functionality of a website or blog.WordPress.org has 55,487 plugins available each of which offers custom functions and features enabling users to tailor their sites to their specific needs. However, this does not include the premium plugins that are available (approximately 1,500+), which may not be listed in the WordPress.org repository. These customizations range from search engine optimization (SEO) to client portals used to display private information to logged-in users, to content management systems, to content displaying features, such as the addition of widgets and navigation bars. Not all available plugins are always abreast with the upgrades and as a result, they may not function properly or may not function at all. Most plugins are available through WordPress themselves, either via downloading them and installing the files manually via FTP or through the WordPress dashboard. However, many third parties offer plugins through their own websites, many of which are paid packages.

For wordpress development, you need to enough knowledge about theme and plugin. WordPress has so many different types of free theme and plugins. you can choose anyone from wordpress.org website.some wordpress theme like ocean wp, Astra, AVADA, DIVI etc. They are the most popular theme in the world. And In the plugins section Elementor, Divi builder, woo-commerce, wp bakery etc famous plugins in this time.

3 Thoughts on About wordpress development 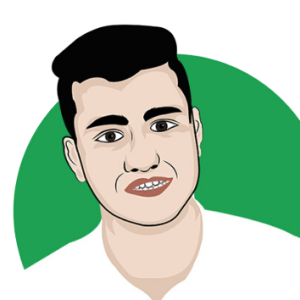 Hello there, I'm Rm Hridoy. I'm a professional Wordpress developer with lots of coding experience. I have been working in the local market since 2016 and working with 180+ website projects with 3 software companies. My quality will be your satisfaction. Let's get started with me.
Facebook Twitter Youtube Instagram